The decision by Japanese investment bank Nomura to locate its new cryptocurrency business in Switzerland appears to have vindicated the Swiss finance ministry’s initiative to roll out the red carpet for blockchain companies.

When not covering fintech, cryptocurrencies, blockchain, banks and trade, swissinfo.ch’s business correspondent can be found playing cricket on various grounds in Switzerland – including the frozen lake of St Moritz.

Nomura’s ‘Laser Digital’ unit is exactly the type of crypto firm that Switzerland is targeting with its ‘Home of Blockchain’ campaign to promote the Alpine state as a prime venue for international companies.

“Blockchain is one of the instruments that will transform and modernise global finance,” said Swiss Finance Minister Ueli Maurer on launching the scheme in May. “It is very important that the Swiss financial centre plays a leading role in this transformation process. It will make us more competitive.”

Swiss lawmakers are also convinced about the merits of blockchain. That is why Switzerland last year overhauled its business and finance laws to embrace the nascent technology. The European Union and the United States are among other jurisdictions that are now following the same legislative path.

Switzerland has stolen a lead in blockchain, which has the potential to upgrade digital performance in a range of other business sectors. Companies such as Novartis, Nestlé, watch manufacturers and commodity traders are also experimenting with DLT to improve supply chains and help combat counterfeiting.

But Switzerland’s lead is slender, comprising only around 1,000 companies supporting 6,000 jobs. Maurer says the country should ambitiously pursue growth in the face of growing competition in the EU, the US and other countries such as Singapore and Dubai.

“We now have a chance to set the course for a technology that could become dominant in the years to come. We are prepared to compete with all other international actors,” he said.

Switzerland’s rise as a pioneering blockchain hub started with an experiment in the central canton of Zug. In 2014 the Zug authorities allowed a ragtag band of entrepreneurs to set up a base for their new digital project called Ethereum, which is now the second largest blockchain operating system behind bitcoin.

A further experiment converted foundations, legal structures usually reserved for charities, into holding companies to soak up the billions of windfall dollars that blockchains made by minting their own cryptocurrencies and crowd-selling them to the public. Many of the world’s most prominent blockchains, such as NEAR Protocol and Polkadot, have set up Swiss foundations that now dole out millions in grants for start-ups building projects on their platforms.

This has in turn proven a boom for consultants, lawyers, asset managers, brokerages and accountants who advise start-ups on how to set up operations or help manage the funds of blockchain foundations.

Switzerland has awarded itself the nickname ‘Crypto Nation’ for supporting the fledgling blockchain industry – most notably financial firms, including brokerages, exchanges and fully licensed banks.

Solid administrative and financial infrastructures and legal certainty have traditionally been important parts of the furniture in Switzerland. This attracts blockchain companies like QPQ, which set up Swiss operations this year.

“We engaged with regulators in different countries as we tried to build our business,” QPQ founder Greg Chew told swissinfo.ch. “We really struggled to communicate with many of them but when we came to Switzerland it was a whole different attitude. There’s a huge amount of learning in the Swiss system that allowed us to engage intelligently with the regulators. That was a huge deal.”

But the cautious, methodical approach by Swiss regulators could stifle cutting-edge innovation in the fast-paced world of blockchain start-ups, warns Mathias Ruch, founder of the CV VC venture capital firm.

“They sometimes have to put up with very long waiting times before getting an answer to a question or a problem from the authorities,” Ruch told Blick newspaper. “This has resulted in some companies migrating abroad to Singapore, for example.”

Another potential bottleneck to Crypto Nation’s expansion ambitions is finding enough skilled workers to fill job vacancies. A growing number of Swiss universities are attempting to tackle the talent crunch by launching courses aimed specifically at teaching blockchain technology to students. But for the moment, demand for talent is outstripping supply, creating intense competition for qualified workers between companies around the world.

“Finding resources is absolutely horrible and very expensive. We are competing with US companies, with California budgets, who are willing to pay huge salaries,” said Adrien Treccani, CEO of Swiss crypto company Metaco.

Nomura said it chose to base its Laser Digital unit in Switzerland because the country is “an established destination with a robust regulatory regime for digital assets and blockchain projects, and an attractive talent pool.”

The Alpine state is positioning itself as one of the most stable and reliable venues for blockchain with a regulatory approach that filters out the more alarming or dangerous facets of the technology.

But with more countries raising their game, and some looking for a cut of the action by giving start-ups more freedom to experiment, Crypto Nation is looking over its shoulder at the competition.

In compliance with the JTI standards

The Future Of Cryptocurrency Will Alter, But...

Tue Nov 8 , 2022
The cryptocurrency market is a swift-moving, unpredictable beast. New currencies and tokens are created daily, and the technologies that power them are constantly changing to address new requirements and issues. BitQT is the most widely used Exchange trade application. For additional sets, go to bitcointrader2.com. Although the direction of cryptocurrencies […] 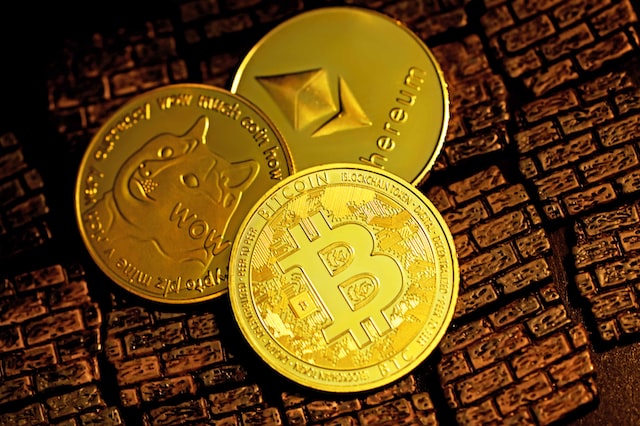