Sam Bankman-Fried, the now-former CEO of FTX, encouraged the cryptocurrency exchange’s customers to buy its own cryptocurrency, called the FTX Token.

Sam Bankman-Fried, the now-former CEO of FTX, encouraged the cryptocurrency exchange’s customers to buy its own cryptocurrency, called the FTX Token.

Not long after they started the now-bankrupt FTX, an exchange for trading cryptocurrencies, Sam Bankman-Fried and his co-founders decided to make their own virtual currency à la bitcoin.

“There’s no reason, if you’re in crypto, not to create tokens,” says Hilary Allen, a professor at American University Washington College of Law. “You can create tokens out of thin air.”

The FTX Token, or FTT as it is more widely known, debuted in 2019, and a couple of years later, the digital currency was valued at a high of almost $80. Today, there are almost 250 million FTX Tokens in circulation.

Not bad for something that is just data.

Although it was a major moneymaker for FTX and helped keep Bankman-Fried’s hedge fund afloat, in the end the FTX Token proved to be the company’s undoing.

After an article in CoinDesk earlier this month raised questions about FTX’s financials, Changpeng Zhao, the CEO of Binance, decided to offload his company’s sizable FTT holdings. That spooked investors, and as word spread, the token’s value cratered.

Like airline miles, the tokens rewarded customers but did little outside the company

The FTX Token was part of an elaborate, rewards-based marketing scheme to attract buyers.

“I think of it like airline miles,” says Ariel Zetlin-Jones, who teaches economics at Carnegie Mellon University. “Like loyalty points for using the exchange.”

Customers who bought FTT were able to execute trades on the company’s exchange at a discount. They could also use the tokens as collateral. The company regarded token holders as VIPs.

On its website, Bankman-Fried’s company referred to FTT as “the backbone of the FTX ecosystem.”

But the customers didn’t know those tens of millions of tokens weren’t widely distributed, which is key in having a market determine the price or value of any currency. In fact, a lot of FTT belonged to FTX and its affiliated companies, and Bankman-Fried’s hedge fund, Alameda Research.

FTX fell apart quickly, and there is still a lot to learn about its stunning collapse. But it’s clear that Alameda Research used FTT to make speculative bets on other cryptocurrencies and complex financial products.

In other words, those “VIPs” handed over real money to buy a purely digital token from FTX, and all that was the basis for making risky and speculative investments.

The token acted “as the conduit through which money was being funneled from the FTX cryptocurrency exchange to Alameda Research,” says Eswar Prasad, author of “The Future of Money: How the Digital Revolution Is Transforming Currencies and Finance.”

This inappropriate and unseemly practice evaded scrutiny in the largely unregulated world of crypto, which Securities and Exchange Commission Chair Gary Gensler, the top cop of Wall Street, has compared to the “Wild West.”

“It was a very murky set of financial practices with no transparency, no investor protection, and no financial guardrails of any sort,” says Prasad, who is also a professor of economics at Cornell University.

About a week ago, Binance’s Zhao announced on Twitter that his company was selling hundreds of millions of dollars worth of FTT. An old-fashioned bank run followed, and soon, the tokens were practically useless.

As part of Binance’s exit from FTX equity last year, Binance received roughly $2.1 billion USD equivalent in cash (BUSD and FTT). Due to recent revelations that have came to light, we have decided to liquidate any remaining FTT on our books. 1/4

According to Prasad, that was to be expected.

“The moment there is the slightest whiff of concern about the token, the value of that token can vanish to practically nothing a flash,” Prasad said. “Which is what happened here.”

Today, FTT is still trading on some exchanges, even though FTX has started Chapter 11 bankruptcy proceedings, and Bankman-Fried is under legal and regulatory scrutiny in the United States and around the world.

FTT is now valued at less than $2, but surprisingly there is still a market for it.

As FTX collapsed, its customers have had difficulty withdrawing their assets from the cryptocurrency exchange.

As FTX collapsed, its customers have had difficulty withdrawing their assets from the cryptocurrency exchange.

“I think there is the expectation that once one sifts away all the embers from this conflagration, there will be some value left in the exchange,” Prasad says. “There will be some assets that will still be left over that will have marginal value, and the token can be used in order to derive value from those assets.”

But, he added, he expects FTT’s value will fall even more in the coming days, as we learn more about how a company that had been valued at more than $30 billion imploded so spectacularly.

Zetlin-Jones says there may be investors who are holding out hope that someone buys FTX out of bankruptcy, and then, their tokens will be worth something again.

But he suggests there could be another reason why there is still a market for FTT.

“People buy up Zimbabwean trillion-dollar bills because it’s an anecdote and they might like these as collectibles,” Zeitland-Jones says. “Perhaps FTT is the new collectible that we’ll marvel at 100 years from now.”

Thu Dec 8 , 2022
LONDON, Dec 6 (Reuters) – Goldman Sachs (GS.N) plans to spend tens of millions of dollars to buy or invest in crypto companies after the collapse of the FTX exchange hit valuations and dampened investor interest. FTX’s implosion has heightened the need for more trustworthy, regulated cryptocurrency players, and big […] 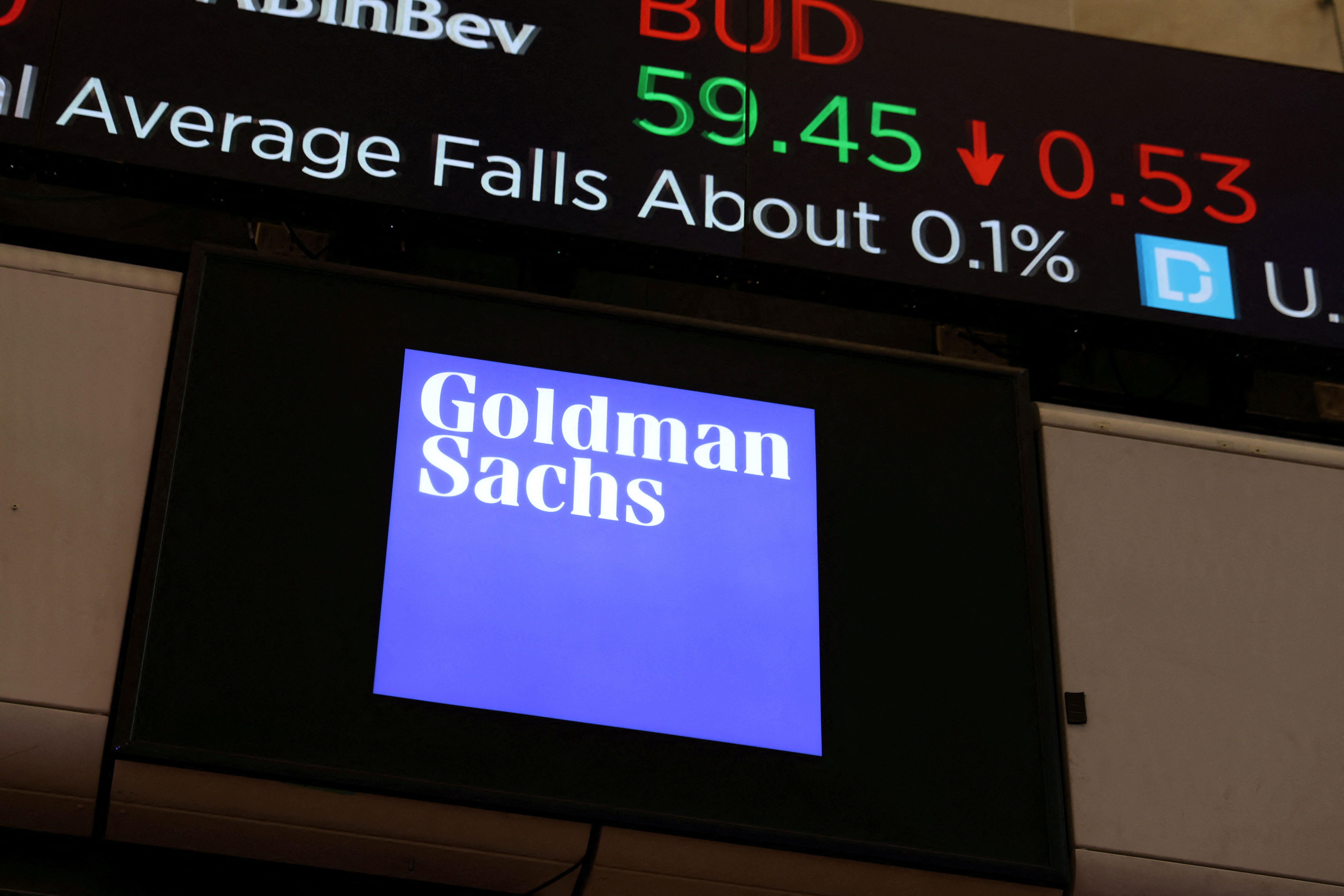