Federal prosecutors in Manhattan and US securities regulators are investigating what happened to billions of dollars in customer assets that FTX loaned — in violation of its own rules — to Alameda Research, another Bankman-Fried firm that traded crypto and invested in crypto companies. In addition, Alameda loaned $1 billion to Bankman-Fried, according to a bankruptcy court filing on Thursday.

“Never in my career have I seen such a complete failure of corporate controls and such a complete absence of trustworthy financial information as occurred here,” John J. Ray III, a veteran bankruptcy overseer who was brought in to replace Bankman-Fried as CEO, said in the filing.

No one at FTX or Alameda has been accused of wrongdoing, and it’s not yet clear whether Bankman-Fried and his small cohort of executives — including Alameda chief executive Caroline Ellison, a Boston area native, Stanford University alum, and Bankman-Fried’s former girlfriend — were simply in over their heads.

Regardless, FTX‘s demise is shaking the crypto and broader tech worlds.

A plunge in cryptocurrency values this year had already taken down several companies and chilled investment in the sector. With the FTX fiasco, the viability of other leading companies — and maybe even the crypto concept itself — is in doubt.

And in Washington, questions are being asked about whether financial regulators were missing in action, and about the influence of Bankman-Fried’s nearly $40 million in federal campaign contributions, ranking him the largest Democratic donor after George Soros, according to OpenSecrets.org.

You don’t have to understand crypto to know that, at its heart, FTX’s fall from grace is yet another reminder that an investment boom built on the shaky foundation of hype and the fear of missing out — whether it’s tulips or dot-com startups — almost certainly will collapse when a financial crisis hits.

As Buffett, a crypto nonbeliever, famously said, “It’s only when the tide goes out that you learn who’s been swimming naked.”

Unlike the Lehman Brothers bankruptcy in 2008, which accelerated the Great Recession, FTX’s collapse is unlikely to cause significant damage to the wider financial system. But it’s a watershed moment for the crypto industry.

Earlier this year, FTX was valued at $32 billion and Bankman-Fried’s net worth was estimated at $16 billion. In a flash, most of that wealth has probably vanished. That never inspires confidence or risk-taking.

Sam Bankman-Fried, or SBF as he is often called, graduated from MIT in 2014 with a degree in physics and went to work for a New York investment firm that uses sophisticated software and powerful computers to sniff out opportunities in financial markets.

Three years later, he went out on his own, opening Alameda to trade cryptocurrencies such as bitcoin and ether. SBF discovered that bitcoin prices varied, sometimes significantly, from country to country. He figured out how to exploit the discrepancies — buying low in one place and selling high elsewhere.

Bankman-Friend told CNBC in September that Alameda would sometimes rake in a million dollars in a single day. Over time the arbitrage opportunities shrank as the crypto market became more efficient. But SBF, rolling in trading profits, was ready to expand.

In 2019, Bankman-Fried opened FTX, an exchange where traders could buy and sell cryptocurrencies 24/7 from their computers or phones. An early investor was Changpeng Zhao, who founded Binance, the largest crypto exchange. Like other crypto businesses, FTX created its own exchange token called FTT, a kind of tradable rewards card, that provided incentives to use its platform.

Crypto trading exploded when COVID-19 hit in early 2020, as a new breed of DIY investors cooped up at home got into the market. Bitcoin more than doubled from the start of that year to its peak of more than $67,700 in November 2021.

As FTX grew, Bankman-Fried went all in on trying to take crypto mainstream. Tom Brady and Gisele Bündchen bought an investment stake in FTX and starred in an ad campaign. FTX spent $135 million to put its name on the arena used by the Miami Heat.

After peaking last November, cryptocurrencies began tanking, along with stocks and bonds, as it became clear that the Federal Reserve would begin hiking interest rates to slow the economy. Bitcoin has tumbled 75 percent from its peak to $16,700 on Thursday. Tech stocks quickly fell into a bear market.

Bankman-Fried, who created a $2 billion venture capital fund at the start of this year, assumed the role of white knight, pumping money into ailing firms and buying others. But even though FTX operated in the Bahamas to engage in trading that is prohibited in the United States, he had ticked off many in the Libertarian-leaning crypto industry by advocating for sensible government regulation and criticizing those who opposed more oversight.

Among those not happy with Bankman-Fried: Binance’s Zhao.

The end for FTX came fast, even for the crypto world.

Wednesday, Nov. 2: CoinDesk, a crypto news site, posted a story based on a leaked document showing that Alameda had $14.6 billion of assets as of June 30. More than $10 billion was in the form of exchange tokens, including $5.8 billion of FTX’s bespoke FTT. There was just $134 million of cash and equivalents.

Such tokens differ from general-purpose cybercurrencies like bitcoin, and their value is even more dubious because they are essentially bets on FTX and the other companies that create them.

Moreover, if Alameda went down, it could drag FTX with it, given how tightly their finances seemed to be linked.

Despite the concerns, FTT’s price initially held up at about $25. But then Zhao, who is known as CZ, dropped a bomb.

Sunday, Nov. 6: Zhao tweeted that his company had received $2.1 billion in FTT crypto tokens when it sold its equity stake in FTX, and “due to recent revelations . . . we have decided to liquidate any remaining FTT on our books.” Zhao didn’t say how much FTT the company still held, but The Wall Street Journal later put the amount at $500 million.

Later in the day, Zhao tweeted again: “We won’t support people who lobby against other industry players behind their backs.”

The fallout was immediate as crypto traders feared having their money tied up with FTX. There was a crypto-style run on the bank.

“We saw roughly $5b of withdrawals on Sunday — the largest by a huge margin,” tweeted Bankman-Fried. The price of FTT plunged over the next two days to $4.50.

Bankman-Fried later admitted to The New York Times that badmouthing Binance with regulators and others “was not a good strategic move on my part.”

Tuesday, Nov. 8: Bankman-Fried, once the rescuer, now needed a bailout, but the only one to make an offer was Zhao, who says that he reached a nonbinding agreement to buy FTX.

Wednesday, Nov. 9: Zhao backed out, suggesting that FTX was beyond saving.

Friday, Nov. 11: FTX and Alameda filed for bankruptcy. Bankman-Fried and other executives resigned.

But that wasn’t the end of the story.

Saturday, Nov. 12: The Journal reported that FTX had sent customer funds to Alameda to cover loans Alameda had used to make investments — investments that it now couldn’t get out of. The exchange loaned as much as $10 billion to Alameda, according to the Times. Alameda’s collateral: FTT and other tokens.

At US brokerage firms, customer funds can’t be used for other purposes. FTX’s terms of service said it wouldn’t access customer funds without their permission, so it violated its own rules by transferring money to Alameda.

As the run on FTX accelerated, it couldn’t meet withdrawals because the collateral on the loans to Alameda couldn’t easily be sold for cash. Moreover, the value of those tokens had collapsed during the crypto winter.

In a text message interview with a Vox reporter published on Wednesday, Bankman-Fried was asked about the transfer of customer funds. “Each step was in isolation rational and reasonable, and then when I finally added it all up last week it wasn’t,” he said.

Whether each step was reasonable or something more nefarious remains to be seen.

Wed Nov 23 , 2022
It has been a terrible year for cryptocurrencies, and it’s not over yet. In the latest gut-punch of bad news, more than a million people have seen their investments wiped out. FTX – or the “Futures Exchange” – is a Bahamas-based cryptocurrency exchange that filed for bankruptcy on November 11, […] 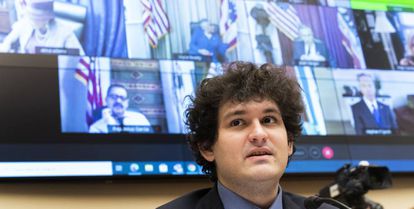