It’s been a brutal year for crypto.

Even before the dramatic collapse of the trading platform FTX last month, the price of bitcoin had fallen substantially in 2022 — the product of rising interest rates, its increasing correlation with beaten-down tech stocks, and instability emanating from other corners of the crypto ecosystem.

Then FTX, among the highest profile crypto exchanges in the world, melted down in November as accusations of misappropriated customer funds began to fly. Last week, a federal judge in New York ordered FTX founder Sam Bankman-Fried released on $250 million bond. He’ll be under house arrest at his parents’ home in Palo Alto, Calif., while he awaits trial.

The price of bitcoin fell even further as the FTX drama unfolded. But not only has its price not gone to zero, it has settled at around $17,000 and held steady around that point for more than a month. Even with this year’s roller-coaster ride, if you had bought one bitcoin at the outset of the Covid-19 pandemic, in March 2020, you would still have made about $11,000.

While it is still very early in crypto’s next chapter, there are plenty of optimists who insist the recent events merely amount to another one of the ecosystem’s periodic swoons.

“The issues we’ve been seeing in this space have been caused by individuals and institutions making mistakes or taking on too much risk, or worse,” said Daniel Stabile, a partner at the Winston and Strawn law firm and co-chair of the firm’s digital assets and blockchain technology group.

Critically, experts say, nothing that’s transpired in the crypto market in 2022 undermines the inherent value of the blockchain. That’s the distributed, peer-to-peer network that processes bitcoin transactions and which technologists see as crypto’s core innovation.

Though they allow users to easily buy and sell cryptocurrencies, centralized exchanges like FTX run counter to the spirit of crypto by relying on a centralized authority, the experts say.

True blockchain-based products, on the other hand, empower end users by giving them control over their transactions. While most consumers will continue to rely on mainstream financial products, a growing number of users believe such solutions are inherently less secure and more costly than those based on blockchain technologies.

It doesn’t do anything to impugn the power of the technology itself,” Stabile said. “So while this has been a shock to the market, a lot of people in the space remain sanguine about the future of blockchain technology.”

Among the ongoing blockchain believers: the CEO of Goldman Sachs. In a recent Wall Street Journal op-ed, David Solomon said he still believes in the promise the encrypted database system can disrupt finance. For instance, he said, individual investors would be able to own and trade digital shares — or “tokens” — of real estate. Blockchains also allow faster settlement of complex financial instruments, he said.

“Blockchain technologies such as peer-to-peer payments and the tokenization of traditional assets are changing corporations, from how they raise money to how investors trade stocks,” Solomon wrote. “This has far-reaching implications for the global economy.”

In other words: The same technology that allows people to buy and sell bitcoin could some day change how people buy and sell everything else.

Still, recent events have caused many to pause and reflect that, so far, there remain few identifiably successful blockchain-based projects beyond ones that are purely focused on trading cryptocurrencies.

For most people, the concept of blockchain technology is still hard to grasp, said Avivah Litan, distinguished vice president analyst at technology consultancy Gartner. She contrasted the evolution of blockchain with the advent of email, which evolved into a consumer-facing product more easily, like in the early days when households accessed email through internet service providers like AOL.

To that end, some vendors now avoid using the term “blockchain” altogether, she said.

“Everything else needs to improve dramatically in terms of user experience, controls, safety, customer service,” Litan said. “A ton of stuff needs to change.”

Indeed, the past two months alone have seen two major blockchain flameouts. First, the Australian Securities Exchange canceled a project designed to replace its outdated clearinghouse system with a blockchain-based system. And another effort, called Tradelens, by the global shipping giant Maersk in collaboration with IBM, which aimed to put its supply chain management system on the blockchain, was scuttled.

“The first generation of these projects simply cost too much money and many were too broad in scope,” Litan wrote in a Dec. 2 blog post.

Both of those projects are being spearheaded by Belgium-based technology group Settlemint. Its CEO, Matthew Van Niekerk, acknowledged that it will be easier to implement blockchain-based use cases in areas where there is no existing system in place, or in the developing world, where financial regulations may be weak.

“In the developed world, we have systems that work already,” Van Niekerk said.

But the core ideas that make blockchain appealing, like the ability to prove ownership of any asset — including a digital one — or verifying a piece of information without having to trust a third party, should have universal appeal, Van Niekerk said.

It’s simply a matter of creating the right apps that draw users in. Van Niekerk estimates nearly 1 million farmers have now enrolled in the seed-tracking platform in India, almost none of whom are technologically sophisticated, he said.

These processes, he said, are crowded with intermediaries that can charge fees he believes are ultimately unnecessary. Real estate transactions, for instance, require multiple third parties and can take 30 to 45 days to settle, if not longer.

“Even though we (the buyer and seller) both agree on the price,” Luria said, “it could be done instantaneously.”

Luria acknowledged that many attempts to reform these systems remain at the “sandbox” level — but “the promise is there,” he said.

David Abner, a former executive at crypto group Gemini and now principal at Dabner Capital Partners, said he is reserving judgment on the trajectory of the price of bitcoin. However, he suggested its price could fall even further from current levels given that it has, so far, shown to be of less practical use than ethereum.

While the price of that cryptocurrency also declined heavily earlier this year, it has held steady at around $1,175 for the past six months.

“The ethereum blockchain could turn out to be this major infrastructure layer for the future of technological services,” Abner said. “The investment merit of bitcoin and its use case is not as clear to people as the use cases or potential use cases for ethereum. There has been larger development of applications that sit upon the ethereum network as opposed to bitcoin.”

Gartner’s Litan said the key difference between bitcoin and ethereum is that the ethereum blockchain enables smart contracts, which allow users to program the conditions for how a token is to be used.

“Bitcoin is good for an alternative to gold, and ethereum is good for programming and creating applications,” Litan said, adding: “It’s the killer app for blockchain.”

Still, she said, the ability to program or even access ethereum’s applications remains out of reach.

“Most mortals can’t use it — it’s too complicated,” she said.

Ryan Hunter, CEO at Alphaverse Capital, an institutional asset manager focused exclusively on crypto, said his fund is betting on the long-term viability of ethereum, noting that its network has never gone down since it was created in 2015.

He said prospective crypto users must prepare for a steep learning curve going forward, because it ultimately involves trusting only yourself to be in charge of your assets. The philosophy, known as “not your keys, not your coins,” would have spared many the grief of having placed assets in the hands of a centralized exchange that ultimately failed, like FTX.

Others, like Davidson’s Luria, believe the crypto ecosystem will not truly become mature until U.S. regulations are clarified. While an initial impetus for the advent of crypto may have been to perform transactions outside of any formal legal constraints, “that is not the world we live in,” Luria said.

While debate has sprung up around whether existing regulations were adequate to stop the alleged fraud that occurred at FTX, it is in the long-term interest of crypto builders to accept further regulations, Winston and Strawn’s Stabile said.

The lack of regulatory certainty — like whether crypto should be treated as stocks or commodities — has likely prevented new, breakthrough applications from being created, he said.

“It’s causing emerging businesses in this space to not enter the U.S. market,” Stabile said. “Who knows how many businesses could have been developed here. But entrepreneurs thought the risk was too great to bear. So that’s a very important thing that regulators and lawmakers need to get straight.”

“This idea of decentralizing the financial system to put more power in the hands of users and less of it in middle people and governments? That will continue to be compelling,” he said.

“It does not change because people lost money.” 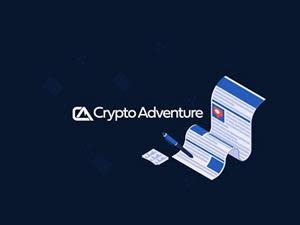